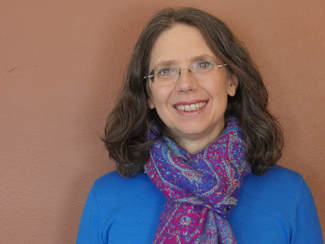 History
In 1989, Karen's 18-month-old daughter was poisoned with an organophosphate (household pesticide). Her daughter barely survived and the medical experts gave the prognosis that she would live only one year. Six months after the poisoning, it seemed that the medical experts were correct. Her liver and kidneys were beginning to fail. The physicians gave no hope, and they had no suggestions of a cure as they stated, "Her immune system is irreparably damaged, and medical science has no way of rebuilding one."

​Karen began her own research of alternatives. After extensive reading, and studying at the Washington Medical School Library in St. Louis, and researching many kinds of alternative literature, she decided to implement her own program to save her little girl's life. Choosing to employ the alternative method of nutrition, she began to administer a plan for healing using the knowledge she had gained through her research. Much to the amazement of the doctors, her daughter began to improve.

When word spread that her daughter had recovered, many people began to contact Karen and ask for help with health problems that they had. Because Karen had no credentials or formal training in this field (see below for Karen's other formal training), she enrolled in the American Academy of Nutrition to obtain her diploma in Comprehensive Nutrition. After completing the course in May of 1994, she formally established a private practice in nutrition counseling, where she has been able to help people with all manner of health problems. Karen has since earned her Masters degree in Biochemistry and now tours doing speaking engagements, and writes and records nutritional and biochemical literatures and eCourses.
​
Education
Karen is a graduate of the American Academy of Nutrition (now called Huntington College of Health Sciences), doing her coursework in Comprehensive Nutrition. This institution is accredited by the Accrediting Commission of the Distance Education and Training Council (DETC), which is listed by the U.S. Department of Education as a nationally recognized accrediting agency.

She received her Master of Science in Biochemistry from the University of Saint Joseph in December 2017 and is currently enrolled at The George Washington University in the Master of Public Health program.

Upon graduation from college, Karen entered the U.S. Army and served four years as an officer in the Military Intelligence Corps. During this time she completed the Officer's Basic Course, the Electronic Warfare Course, and graduated from the Nuclear, Biological, and Chemical Defense course as the Honor Student. She received the Army Commendation Medal for outstanding service upon completion of her tour of duty. In 1984, she resigned her Regular Army commission to raise her family. She completed her time in service holding the rank of Captain.

Personal
Karen has been married to her husband, Steven, for 42 years. They have five children, ages 26 through 35 years. They reside in Fall Creek, Wisconsin. Karen also is the executive producer of Scene and Hurd Productions, a film production company. To view information about Karen's current production, go to www.SceneandHurd.com.